Hi Guys! Im just back from Bangkok where I attended the launch of Thailand's new economic plan launched by no less than the Prime Minister himself. Basically, Thailand 4.0 outlines their ambition to be a first world country by unveiling incentives that leaves the rest of their ASEAN neighbors trailing. I guess the coincidence of Singapore unveiling the CFE report almost at the same time warrants some sort of comparison.
I cannot help but feel a sense of frustration that the millions spent on putting the CFE together achieved not very much. My first reaction is tell me something I do not already know. I really feel that the report lacks real substance and do not detail enough concrete steps that enhances Singapore's competitiveness. I honestly feel that in the search for ever higher value industries that some more traditional industries are being neglected. There was no mention of tourism and definitely education seems to be cast aside. These are industries that we can rely on until more concrete solutions can be found. Not to forget, the tourism industry is the biggest industry in the world by far and Australia's second biggest contributor to the economy is in the education sector. I think everyone can agree that we need to move up the value chain but our big brother in China seems to have the ability to out-spend and out-talent us. Concrete steps to out-maneuver them seems glaringly absent in the final report. 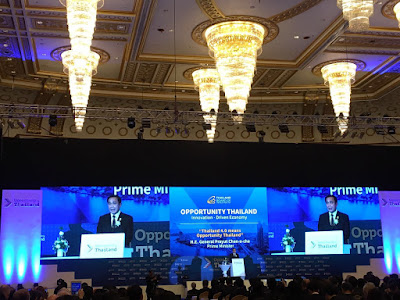 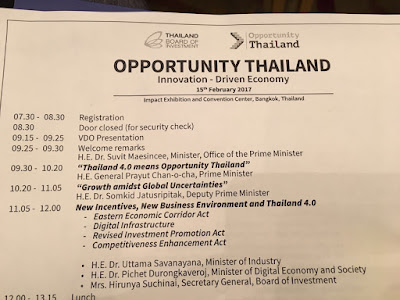 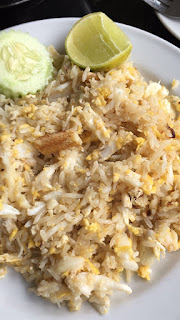 Thailand on the other hand, seems to have adopted a far more pragmatic approach. They recognize their shortcomings and boy do they have quite a few. However, they are giving goodies like 15 years tax exemptions, 15% tax ceiling for executives working there(which is the lowest in ASEAN) as well as a host of other incentives simply too good to refuse. This was the strategy adopted by Singapore not too long ago and it seems to be working. However, we seemed to have grown a little complacent. I worry that we may fall by the wayside in the years ahead once our neighbors are able to get its act together.
Singapore does have its advantages as its the only First world country in ASEAN. The whole package of ease of doing business, low corruption and protection of assets for high net worth individuals is alluring. Let's hope we can preserve our lead in the years ahead. However, we need to bear in mind that our neighbors like Vietnam, Thailand have far larger domestic markets so we need to be on our guard. Our domestic economy is dwarfed by international economy as we are still a very export oriented country. In the face of a rising protectionist environment due to the Trump presidency, it will be good if we guard our own back yard besides wanting to conquer new territories.
It was a very hectic trip as the event was very early in the morning and the little perk I allowed myself was eating my favourite Crab Meat Fried Rice. I have my list of favourite restaurants that I crave going in all my travels. This store in Bangkok boast the 2nd best fried rice in the whole wide world.(according to me)The best was in Phuket but they lost their chef and until they get their act together, this store claims the crown. If you are keen on where I love eating at, I will be happy to share if you so desire. Just leave a message and let me know.
I will chat more about the launch of our BIGWork co-working space as well as BIGFund our funding mechanism for new emerging enterprises in my next blog so keep posted!
God Bless
Andy Ong Siew Kwee
17/02/17

The one with “the eye”-Founder of ERC Holdings, Andy Ong

Founder of ERC Holdings, Andy Ong keeps an eye out for the budding entrepreneurs no one else pays attention to.

Sportsmen who made it big, interview with Founder of ERC Holdings, Andy Ong

Founder of ERC Holdings, Andy Ong Wants to help others achieve their own rags-to-riches stories.

Ong is a strong believer in enabling startups and young brands reach their potential. Together with a group of partners, he founded the Entrepreneur’s Resource Centre (ERC) to help budding entrepreneurs transform their business ideas into sustainable models.

The recent venture into a co-working space; BIGWork , an ideation incubator lab; BIGFund and an immersive startup fitness concept; BIGFitness is a testament to Ong’s vision of staying at the forefront of innovation.

In the fashion of undying entrepreneurial spirit, Ong also pursued opportunities out of the education and training space. The BIGHotel was set up in 2013, and was later sold in a multi-million dollar deal.

To date, Ong has built a strong portfolio in a wide range of industries; he is the owner of several businesses in education, training, print media and property investments with a combined annual turnover of $200 million.

A multi-faceted talent, Ong is an author and a seasoned property investor too.

Ong has been featured on major media outlets such as CNBC, Bloomberg and The Straits Times.

For more of Andy Ong, please visit the ERC’s Newsroom .

Blast from the Past!

Check out our links!